No Result
View All Result
Newsletter

No Result
View All Result

A brief history of my favorite accessory...the SCARF.

True Statement…9 times out of 10 I have a scarf (bandana/leopard headband) on my head.  It INSTANTLY jazzes up my outfit and #moreimportantly….I feel like myself!! My clothing personality is ROMANTIC NATURAL- meaning I LOVE rounded drama, bigger the better, over the top…..aka a flamboyant pirate! Scarves do the trick for me…they are my JAM!

When I began to do research on the scarf I was amazed by how many scarf “fans” there are in this world…I am not alone! Doing my own research and borrowing from others here are some amazing facts I found about the SCARF and fun pictures of fellow scarf fans through the ages! *End of article bonus: How to tie a scarf**woohoo!

The first documented scarf fan was the Egyptian Queen Nefertiti in 1350BC. Nefertiti was said to wear finely woven scarves topped by a conical headdress.

It was the age of flappers, drop-waist hem, over-embellished pieces, and gypsy styles. Silk scarves often made a stylish “turban” style head wrap. Think Great Gatsby, imagine me sitting drinking wine with my new BFF Evelyn Brent & Myrna Darby (below).  We would have totally been friends!! 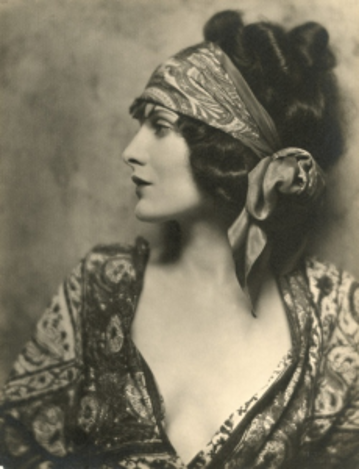 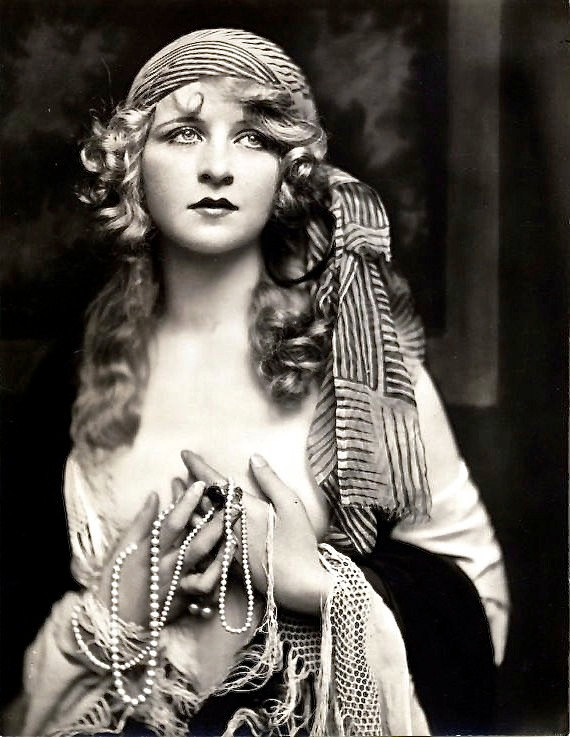 Jeopardy Trivia…In 1927 Isadora Duncan, considered by many to be the mother of modern dance, popularizes long flowing scarves. Ironically, Duncan died as the result of a freak accident during which her long scarf was caught in the wheel of an automobile.

Scarves in the ’30s were of a soft, wrapped style.  Scarves were tied around the neck with a bow or forehead making them look feminine and delicate.

TREND ALERT: You def wanted to be seen around town in a Polka dot or Stripe scarf!! 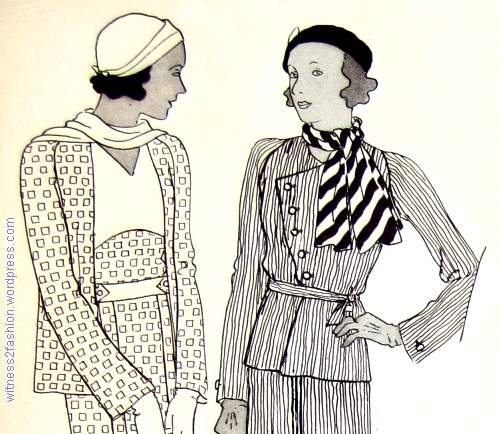 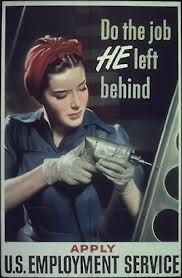 The headscarf in the ’40s was a symbol of the working woman- think Rosie the Riveter. Men were at war, women took over many tasks they had never done (and rocked every one!) Bright colors and gloves were all the rage. This femininity was contrasted with the utilitarian (overalls/trousers) of the decade. The video below is EVERYTHING!!!!

The headscarf becomes more of a statement of glamour, unlike the 40’s “practical”  or “safety” headscarf.

“Think Grace Kelly, sitting in the passenger seat of an impossibly beautiful sports car as it is raced across the sublime landscapes of Monaco by a Cary Grant type. The headscarf serves two purposes here:

1. It keeps a lady’s hair looking immaculate rather than wildly windswept.

2. It looks effortlessly classy – particularly when accompanied by a pair of upswept sunglasses” 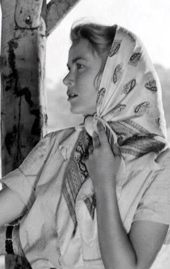 We can’t leave out our girl Audrey. 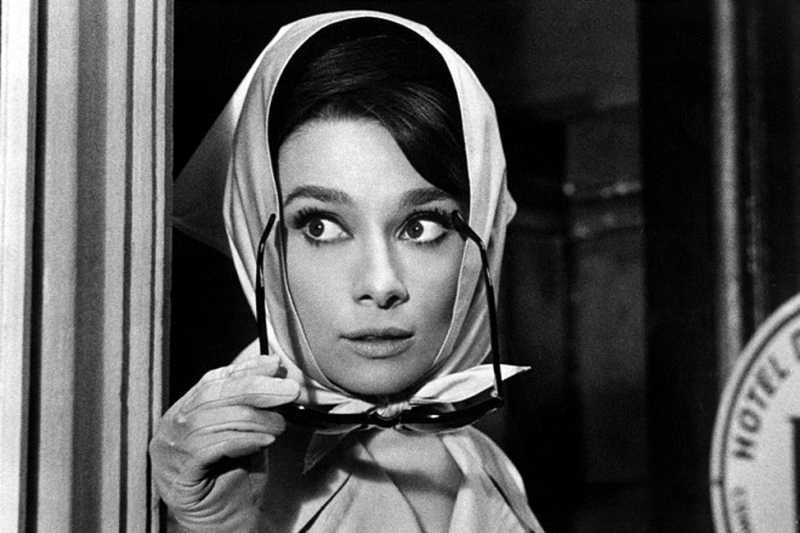 Her class, sophistication and just being adorable will stand the test of time!!! #fact

->sidebar: almost every “vintage clothing pin” I have on my Pinterest page (follow me!) is from the ’60s. The outfits, color, and patterns really speak to me.  I would have totally fit in with my style back then.

Do you know what Mod Fashion is? I looked it up so we are all on the same page…

POPS OF COLOR! Scarves began to take an ethnic turn with a pop art twist! They were funky and fabulous!!! 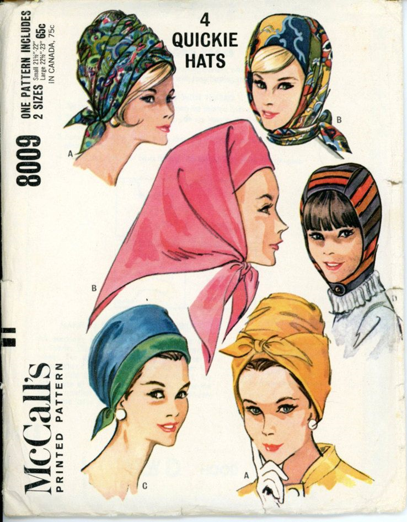 At the end of the 1960s, it was all about the hippy.  Bohemian fashionista Susan Blakeley rocked the ethnic print headscarf in this 1969 Clairol shot. 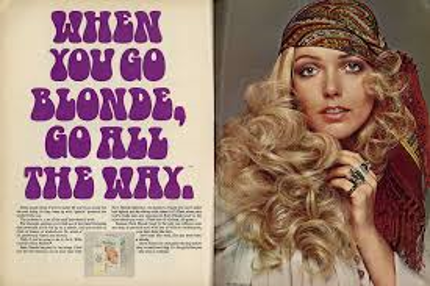 Flowy, printed and ethnic fabrics were all the rave! Scarves were worn as a headband across the forehead or quickly wrapped about the waist and chest as a shirt #nobra. We can

‘t forget the preppy college gals (looking at you Neisy!)…Farrah Fawcett rocks the tied neat neck scarf in her preppy look below! 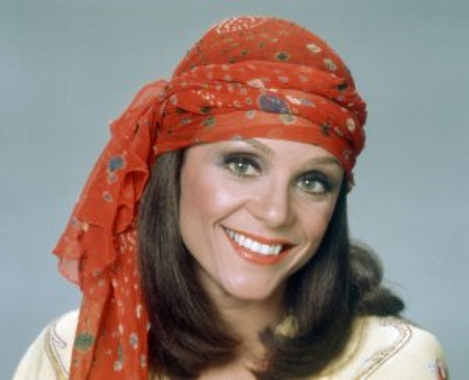 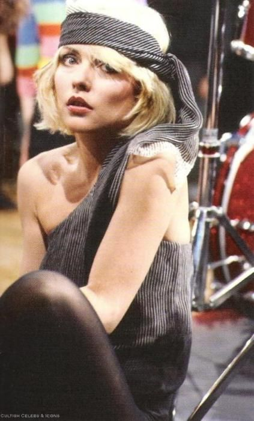 The 1980s were a decade of bold style, colors, and silhouettes. Don’t forget permed hair!!! Madonna was the queen and her style was everything. Jane brought aerobic moves we have never seen and looking like a football player put you in the “in” crowd. #shoulderpads. 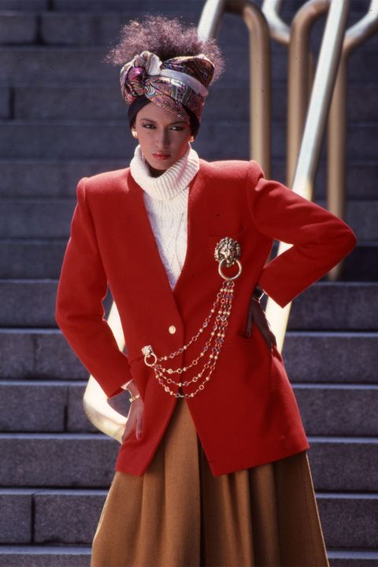 Bandanas were a thing, especially in the music industry. However, most of us were wearing scrunchies or butterfly clips!

Every ’90s girl wanted to be DJ Tanner or Buffy

TODAY– You do you…anything goes!!

We wrap it on our head when we don’t have time to wash our hair (guilty), a bracelet made easy from a bandana, or use it as a belt while touring Italy. You know you have to cover those shoulders in the churches!  The possibilities are endless- which is why it’s my favorite accessory!

How to tie the PERFECT headscarf! 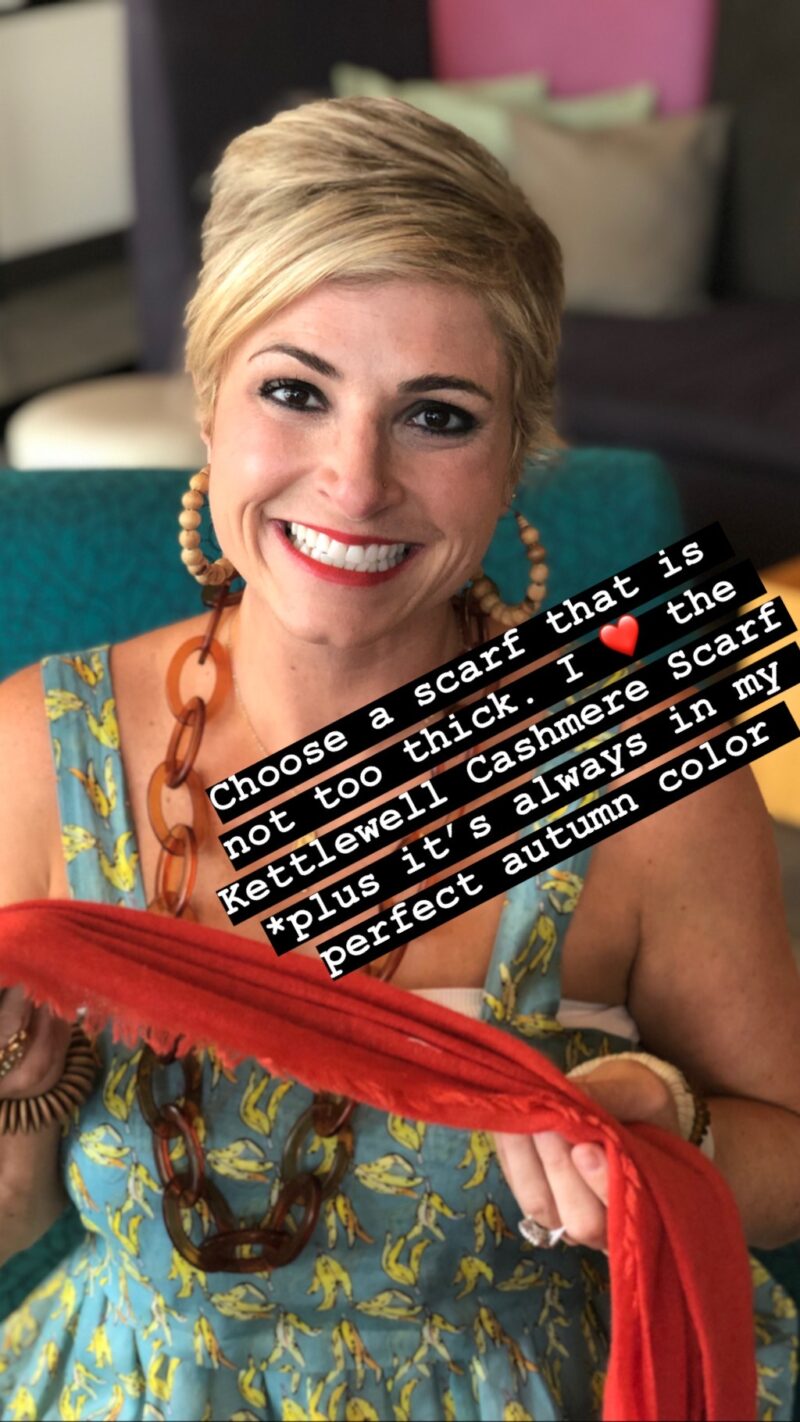 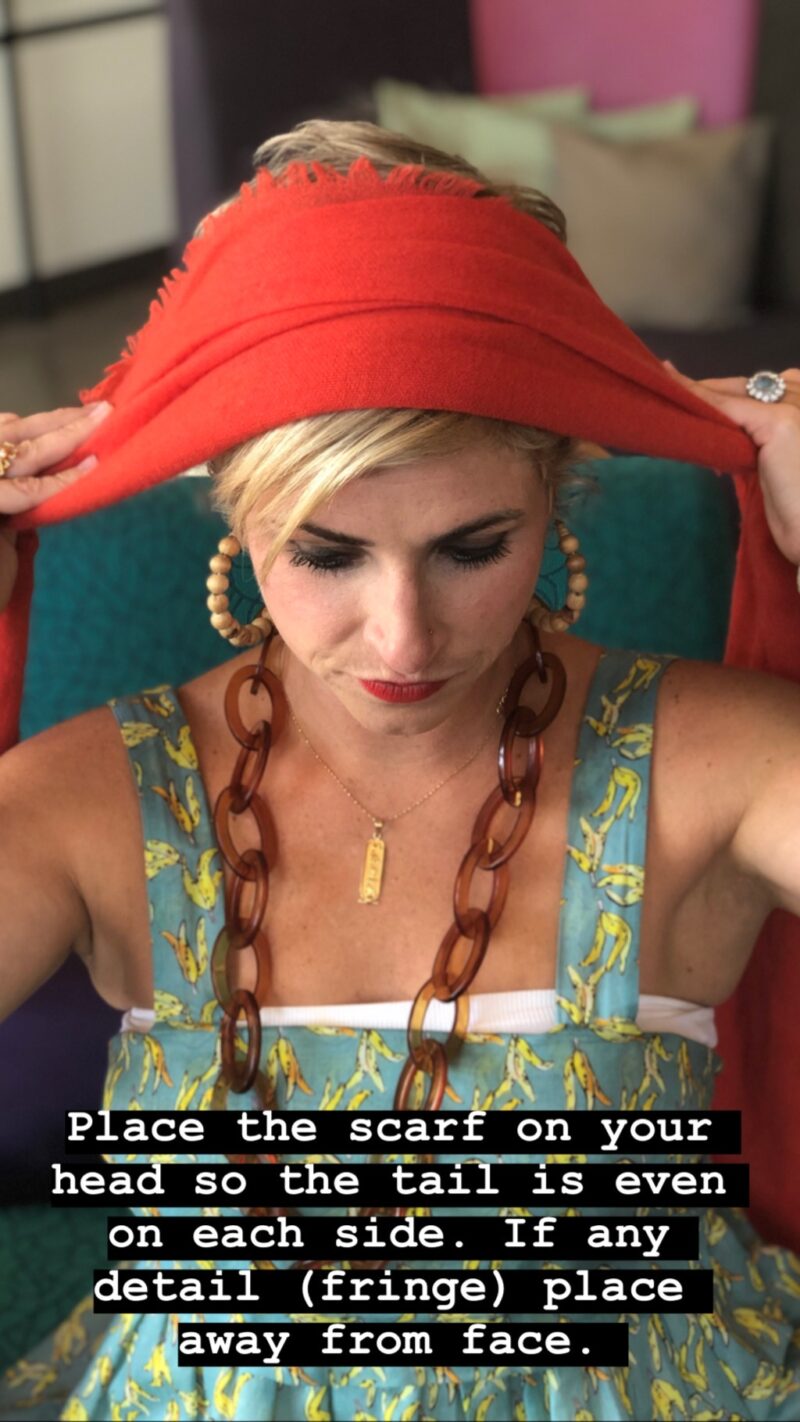 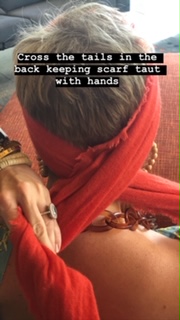 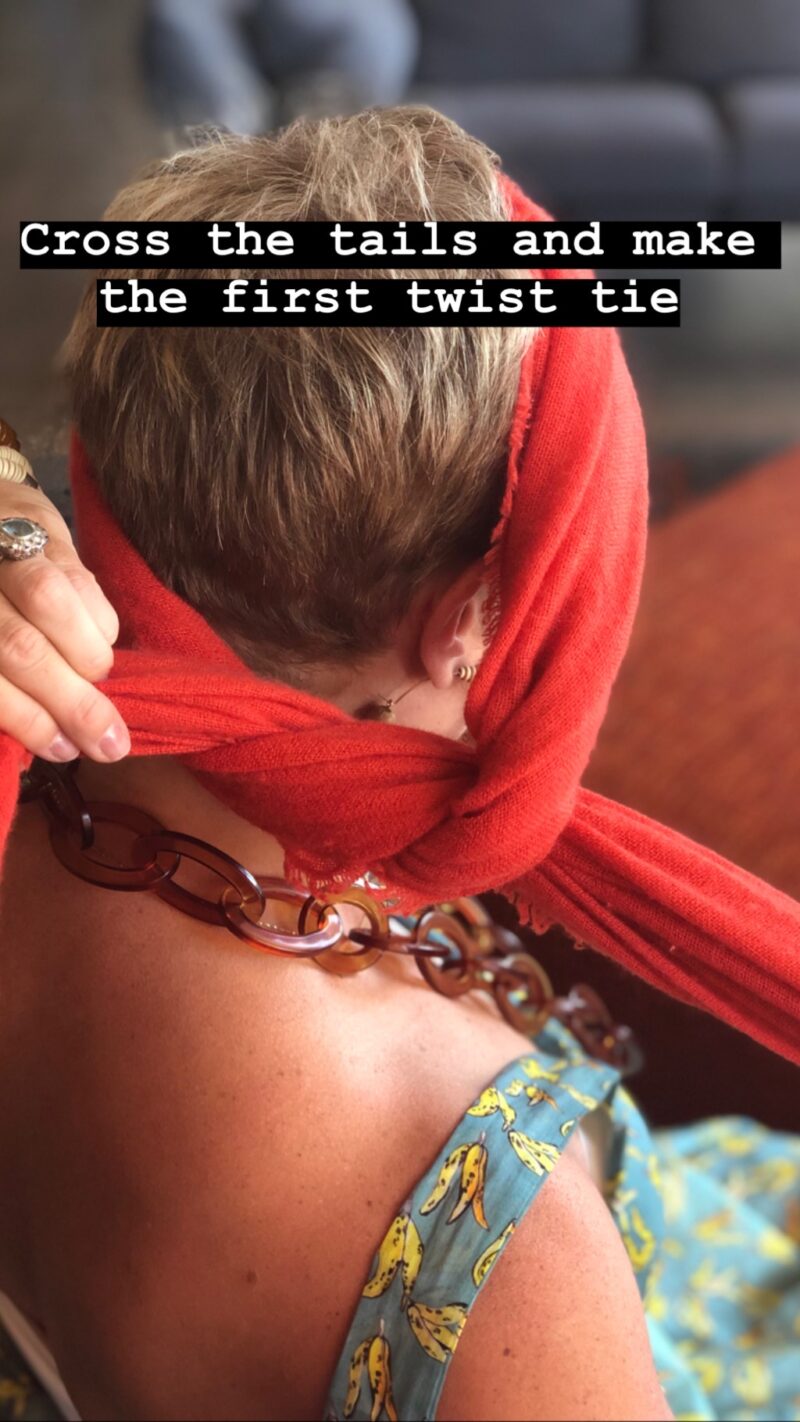 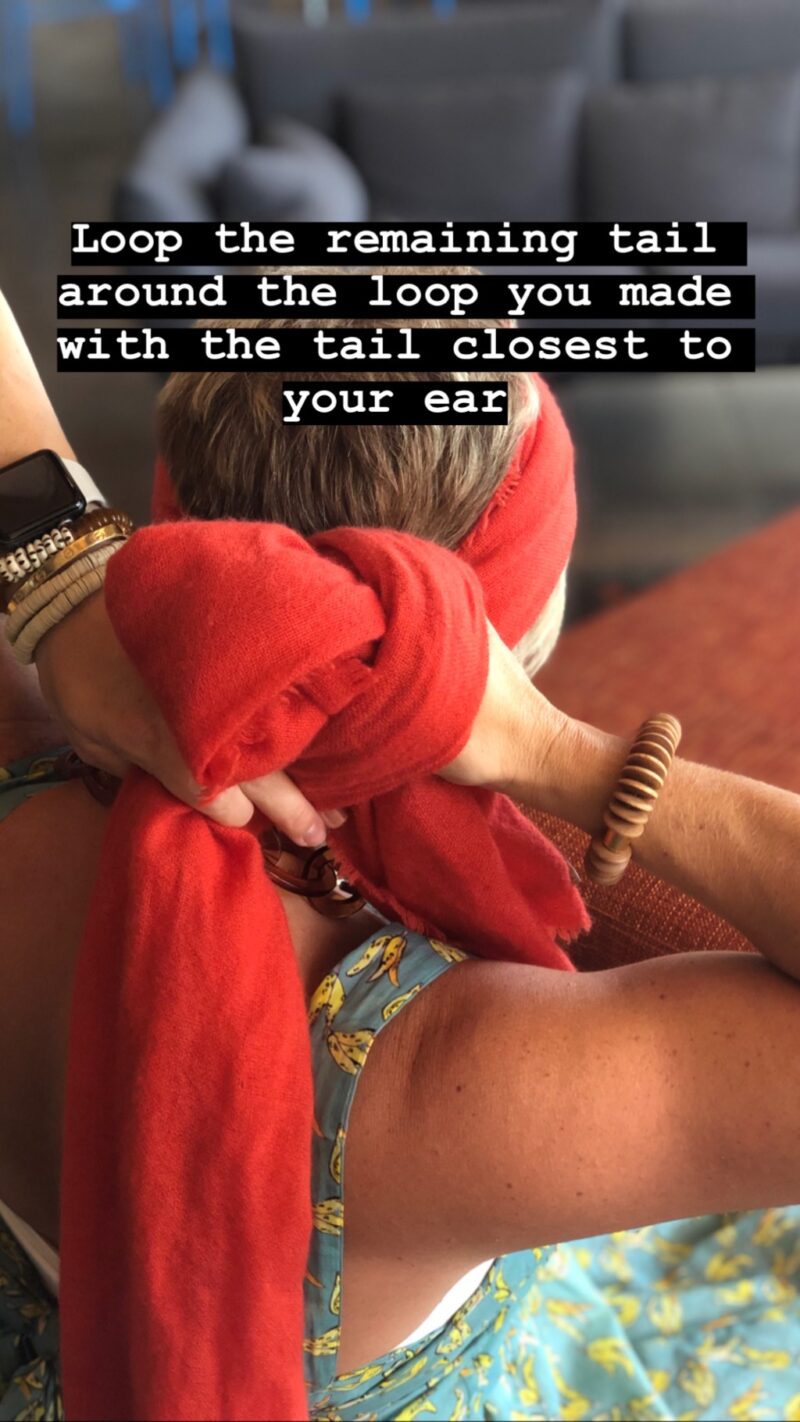 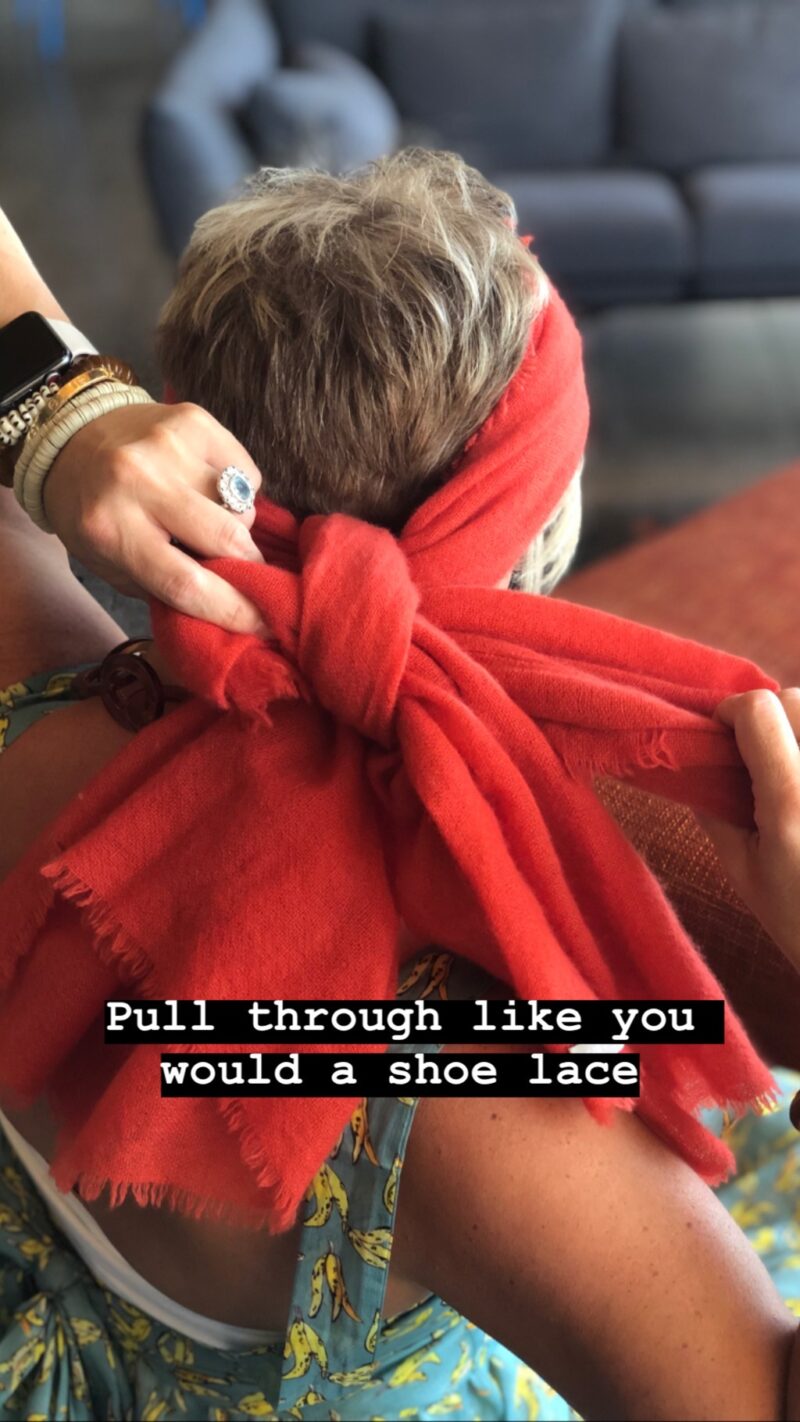 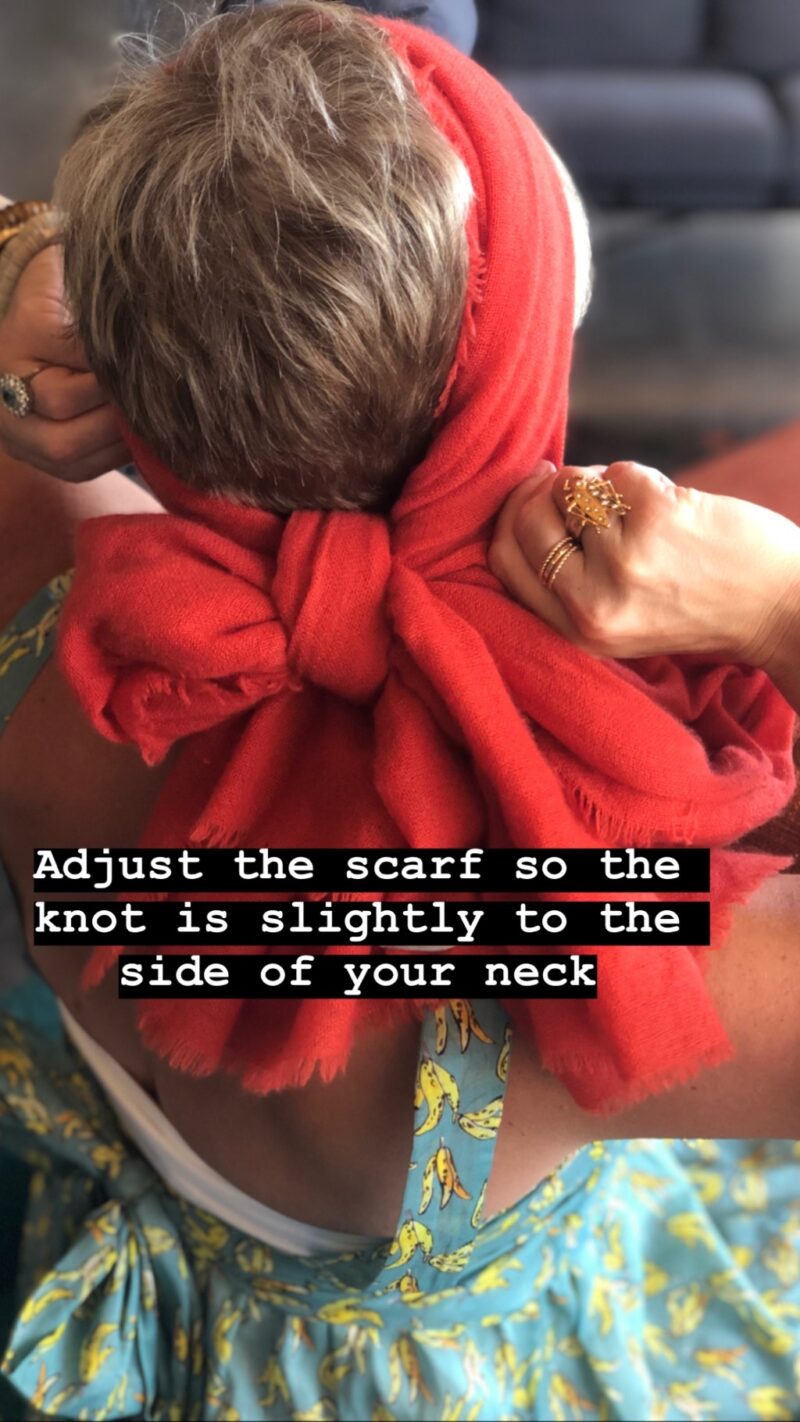 Signup For Our Newsletter

Where should we send your newsletter? 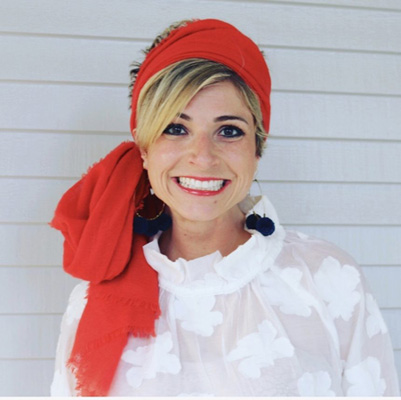 Hello & welcome to my blog! My name is Laura Czapski and I'm blogger with a passion for sharing about the outdoors, traveling, family, friends, and more. Thanks for supporting.

No Result
View All Result

Where should we send your newsletter?